What I learned this winter

I'm linking up again with Emily P. Freeman today for her quarterly feature "What We Learned."


1.  Potatoes can actually explode in the oven.


....although it's not as exciting or catastrophic as it sounds.  More like all the insides of the potato end up sitting next to the outside of the potato on the pan.  Not a disaster, but enough to ruin your picture-perfect baked potato.  So, I might find time in my life now to prick a few holes in my potatoes before I bake them. 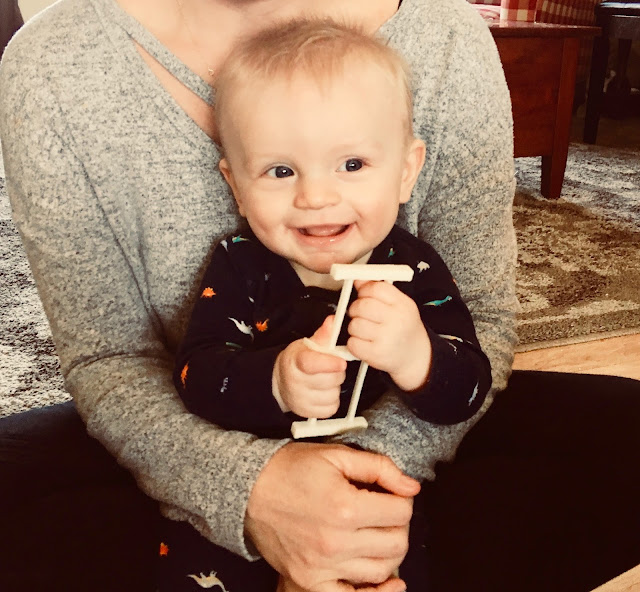 
I'm a cheapskate.  Jason has still not forgotten the cheapest toothpaste I bought when we were first married that so offended his palate.  So, I've always (naturally) gotten the very cheapest kind of shaving cream there is (men's, obviously, because it's cheaper than women's).


On some shopping trip in the last three months, the store didn't have my cheapo brand, so I was forced to buy the second-cheapest shaving cream in existence.  Lo and behold, my legs are significantly smoother!  I grudgingly concede an improvement.  And I'm converted to the second-cheapest kind. 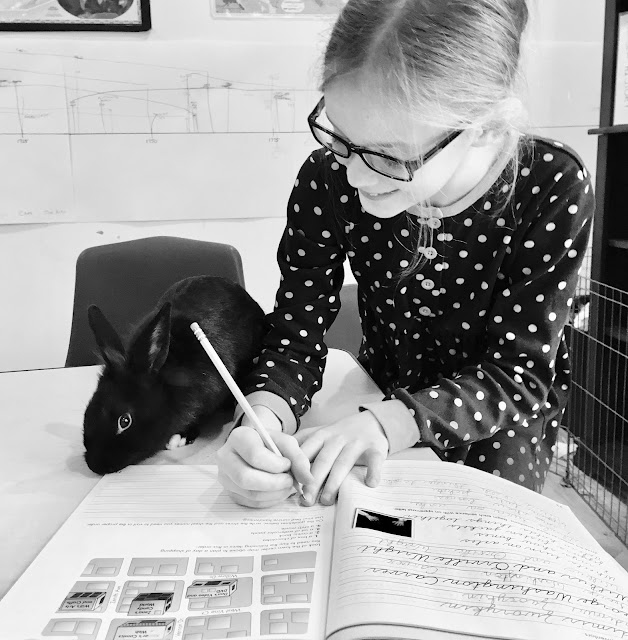 This is the same as what they call "popcorning" with guinea pigs:  a happy bunny will bounce up and spin in midair, repeatedly.


One more reason I'm convinced that bunnies are the best pet there is.


4.  The local-ish farm stand has tons of vegetables in the dead of winter. 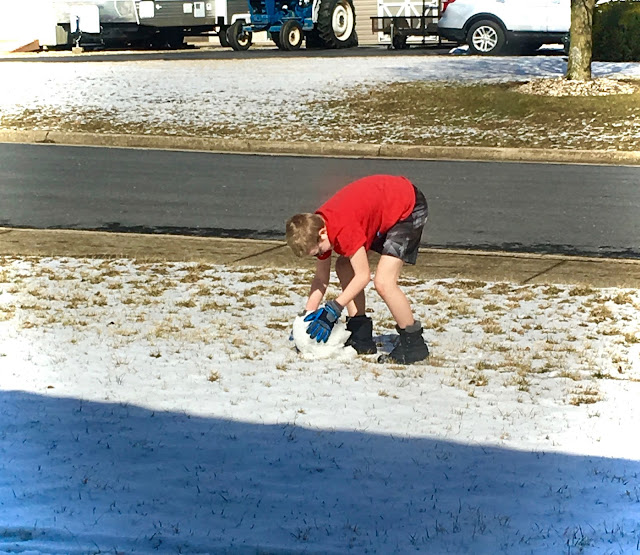 Having gotten used to a certain level of freshness and locally-grown deliciousness this summer, between a subscription produce box and regular trips to my farmers' market, I was very concerned at the end of the season that we'd be living off of frozen peas and the same three vegetables the grocery store sells all winter.


Happily, I finally tried out a farm stand that, while not right here in town, is also not all the way into Big Town.  I was astonished at what they had, when it was freezing cold outside:  not just squash and cabbage, but apples and salad greens and tomatoes. 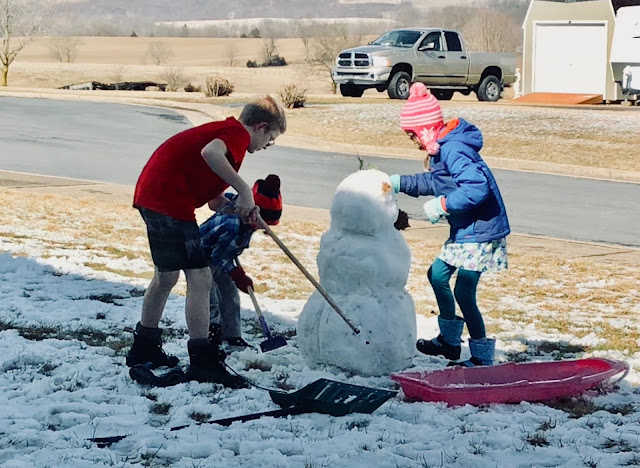 
This one is from my clever friend Vicki.

Hold up your thumbs as above.  It spells out "bed," so decide which hand the letter looks like and then you know which sound it makes.


6.  Bunnies sleep with their eyes open.


Strange but true!  The only way you can tell they're asleep is if their nose stops twitching.


(Cuteness is equal asleep or awake--although nothing beats when they wash their ears with their little paws!) 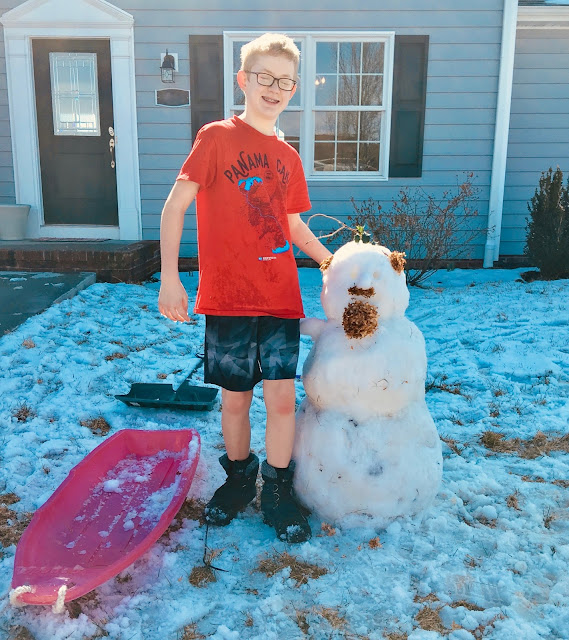 7.  Pigs are slaughtered by gun, not by knife.


Moving on from bunny cuteness.


I had no idea that animals are first dispatched with a firearm before slitting their throats.  I can see that that would make it easier.


Also I'm told that "slaughtering" is different from "killing," so they're technically "killed" by gun, then "slaughtered" by knife.  Whatever. 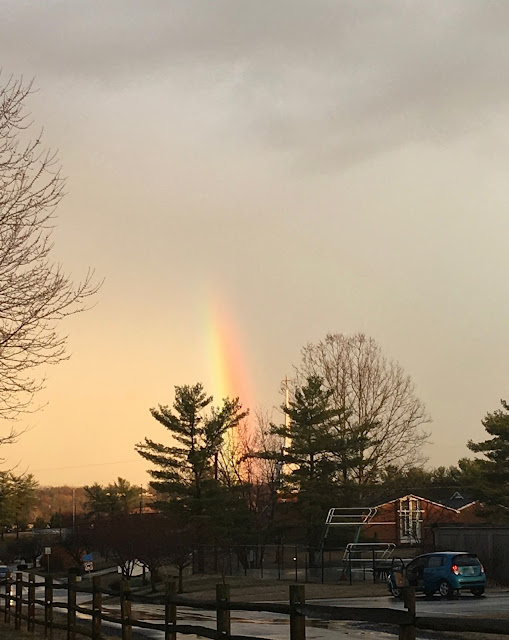 8.  The Statue of Liberty could fit inside the U.S. Capitol rotunda with a few feet to spare.


Her torch wouldn't even graze the ceiling.

9.  Making a ridiculously detailed itinerary for a week-long field trip is totally worth it. 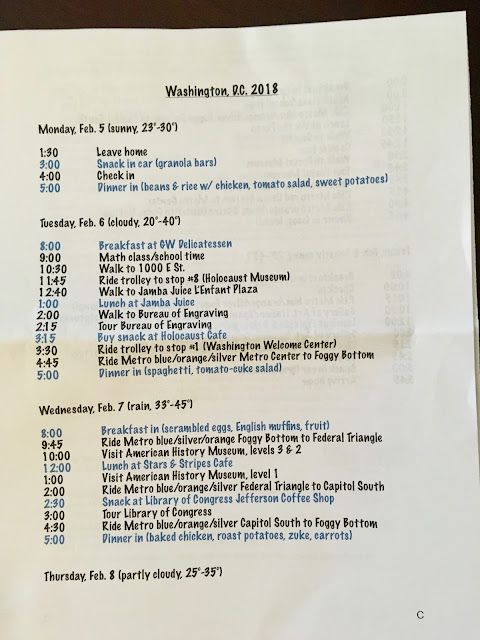 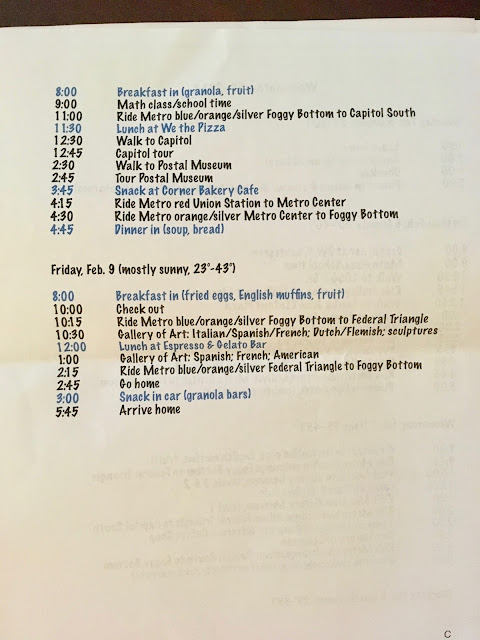 Call me OCD, but this cut down on So. Many. Questions.  All of which would be repeated at least four times.  Will it be cold today?  Is it supposed to rain?  When do we eat?  What's for dinner?  What are we doing after this?  What Metro stop are we getting off on?

The itinerary was a beautiful, marvelous thing.  I gave each literate child a copy of their own, and I regret not one bit of research, calculating, and pre-field decision making that went into it.

*Also notice the pattern of which items are highlighted in blue: those events that the pre-literate children care most about.

10.  Snapchat streaks are a thing. 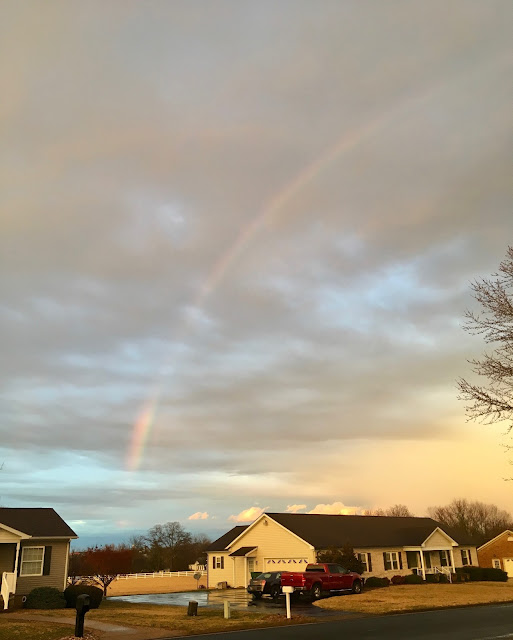 
This item, I realize is less lofty and more depressing than most of the others.


What have you learned this winter? 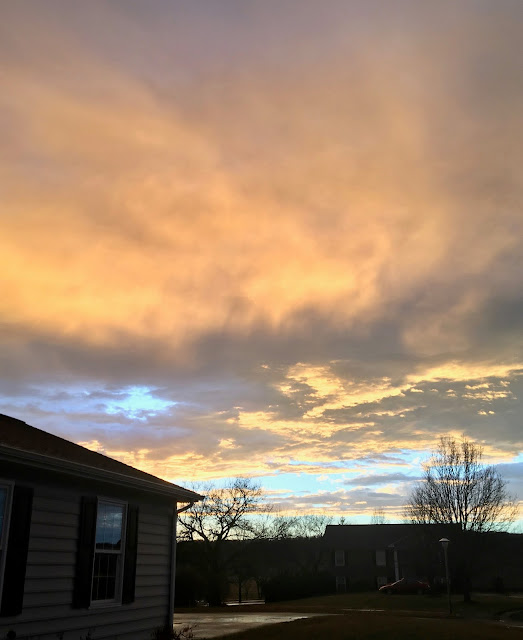