I've been feeling feelings lately that are hard to put a name on.  Depressed?  Bored?  Uneasy?  Frustrated?  Smothered?  "Restless" is the best I can come up with.


Is it the winter weather that won't quit?


Is it end-of-the-school-year burnout (despite us just finishing up spring break)?


Is it a mid-life crisis?


Is it underground plates of my life shifting in ways I don't yet understand?


Is it time for a good housecleaning and fresh decor?


Is it too many days, months, years spent under the crushing burden of responsibility for four young lives?


Is it cabin fever?


I inquired of my dear librarians about what it takes to volunteer at our little library.  The answer: not much.  I would not have to prove my worthiness beforehand nor commit to an unending schedule.  I haven't pursued it any further, but somewhere in the back of my head, blissful visions of sitting in the quiet stacks, organizing books by Dewey Decimal are still bouncing around.  It would get me outside of my four walls and associating with other adults at least.


And I do love a great organizing system. 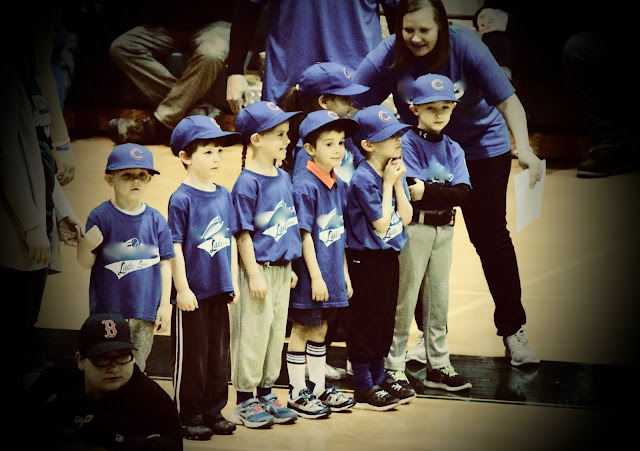 Our long-serving and incredibly competent administrative-assistant-to-the-children's-director just [honorably] stepped down at church.  An advertisement for her replacement appears in the bulletin every week, but I was also personally informed and asked to consider applying.


I can't deny that it was intriguing.  This person gets to work closely with our children's director, whom I know and love, and fairly closely with all the other church staff.  And her basic job is to organize all the director's big visions for our children.  She gets to make lists and spreadsheets.  She can probably alphabetize things and maybe even work in some Dewey Decimal system.


It didn't take a whole lot of thought to conclude that this isn't my calling right now.  Add it to my voluminous "Maybe Someday" list.


The thing is, I'm sort of arriving at some kind of "someday."  Jeddy's turning 13 soon.  All my kids are school-age.  We don't have babies, or toddlers, or even preschoolers.  No one's in diapers, no one is nursing, no one besides me takes a nap.  "What's possible" is taking on a much broader meaning.


And I haven't quite figured out what to do with that.