Another day in paradise

After a long day of traveling and then a full day of playing, we slept in on Tuesday.  I patiently shot all these pictures from our balcony while Jason finished his snooze. 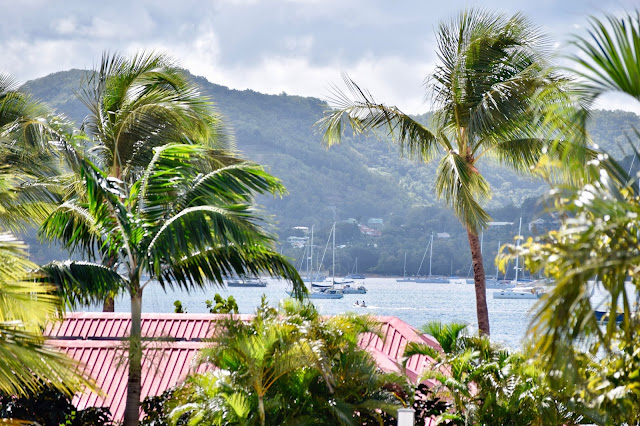 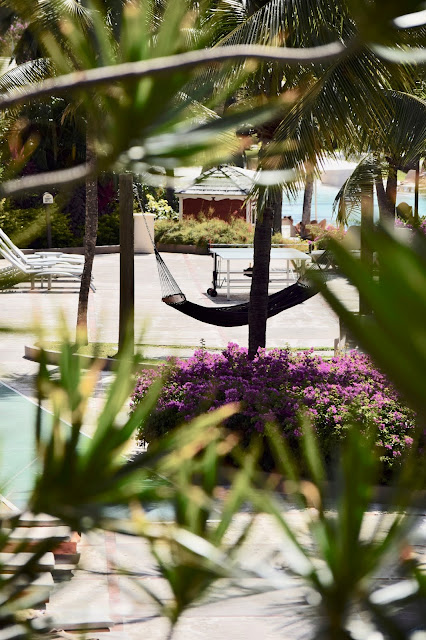 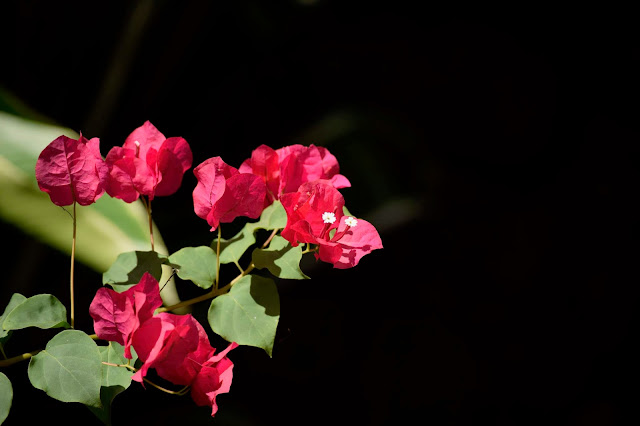 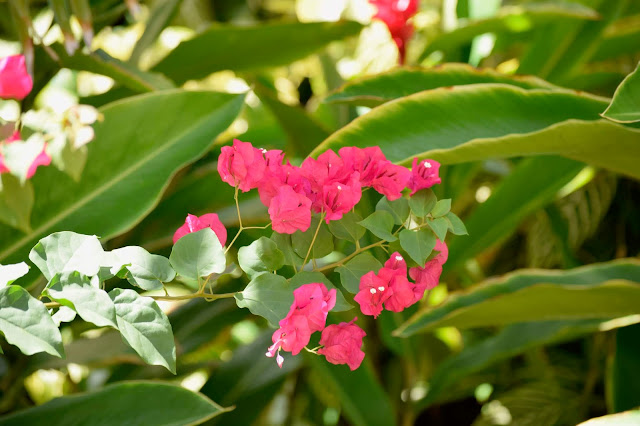 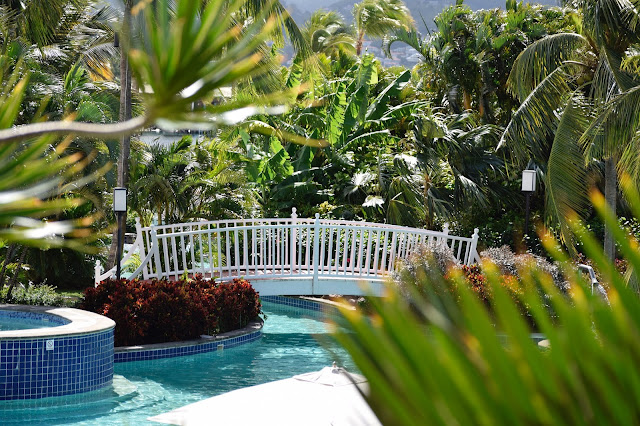 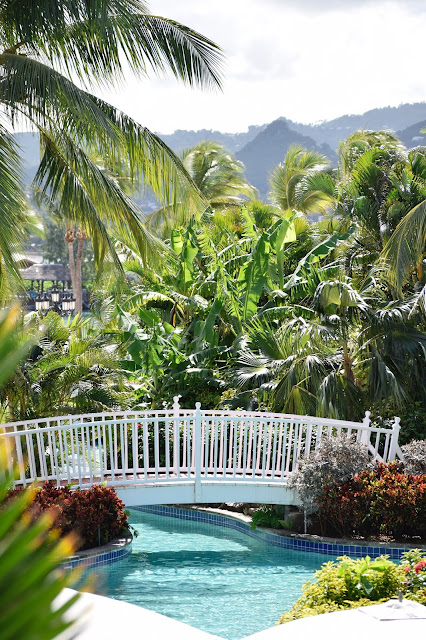 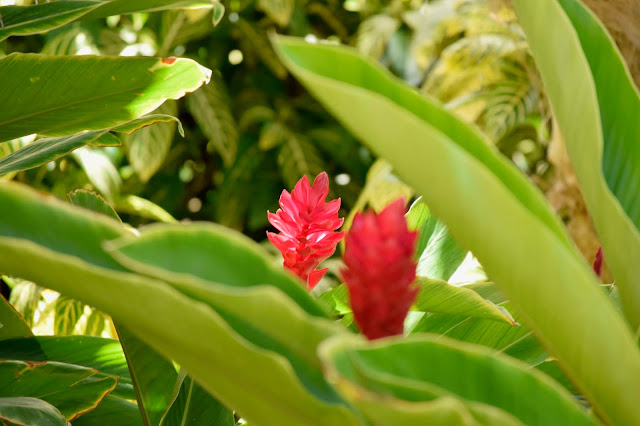 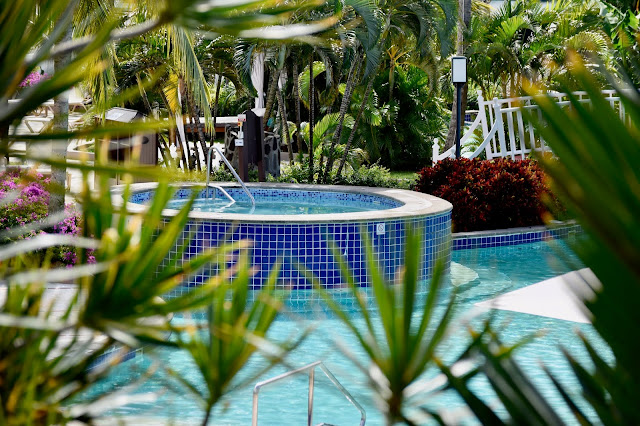 When I could be patient no more, we emerged around 11am in search of breakfast, which we found at the crêperie.  Although it had technically switched over to lunch, we still got our very tasty crêpes champignons.


After breakfast/lunch/brunch, we swam out and lounged in one of the circle floaties--big yellow rings holding up mesh nets (rather like a trampoline, but not bouncy) anchored out in the water. 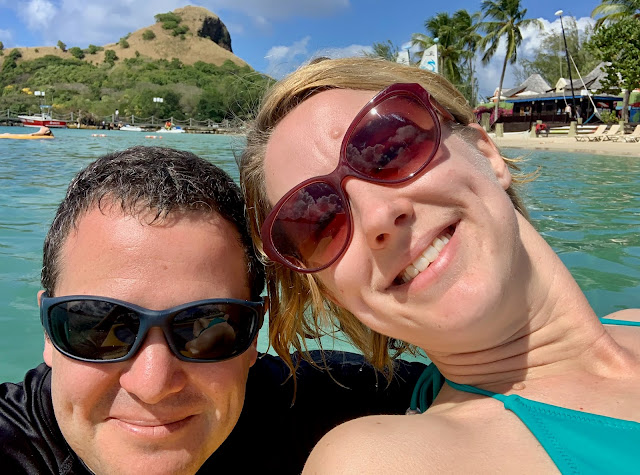 After sufficient lazing around, we visited the aqua center and made reservations for two snorkel trips later in the week, having come too late to reserve a spot for that day's tour.


No matter though; we plunged back in from the beach and snorkeled around the swimming area on our own.  We saw another eel, whole schools of ghosty-white fish, and an anemone straight out of Finding Nemo.


In the early afternoon we went back to haunt the aqua center, so we could jump on the tour if someone didn't show up.  We met another couple there who had the same idea just before us ("I figure someone here has got to be hungover," as he sensibly said).  We chatted with them while we waited, and I was amused at their surprise that I readily identified their Canadian nationality by their accent.


In the end, Mr. and Mrs. Canada got into the tour group and we didn't, so Jason decided to rent a jet ski for us.  It was at this moment that I realized that I had left my phone in the hot sun, like a complete idiot.


I carried the wounded phone back to our room to cool off and have its best chance at recovery while berating my own stupidity.  Jason promised he still loved me and offered to let me drive the jet ski.


Do you know how fast those things go???


We crossed the bay much faster than by paddling, and visited the next bay over, as well as checking out a rock sticking out of the water we could see from a distance.

After turning in our jet ski, it was more snorkeling at the beach before a late lunch at The Mariner--a Caesar salad with fresh snapper for me, delicious.  Then we moved to the pool and worked down the drink menu for a while.  We made some inquiries of a few people who were drinking out of coconuts, but never did crack the mystery of how to get them.

By early evening, we found a smaller, deserted hot tub where we goofed off for a while before walking to the end of the pier to watch the sunset. 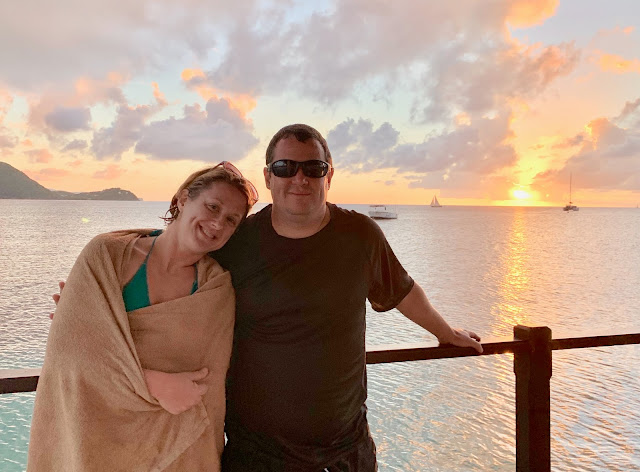 After the sun sank, we sat on a couch on the pier and watched the sky change from fiery to dark, and then we headed off to get ready for dinner at ye Olde London Pub.  I had the satisfyingly British-sounding bangers and mash (sausage and mashed potatoes), and one or more "signature cocktails."


Needing to redeem my terrible showing at billiards the night before, we replayed...and I was as unskilled as I ever am.  I did happen to make one incredibly lucky, beautiful shot, just as some men were walking past, who exclaimed at my prodigious skill and hoped that Jason wasn't playing me for money.  I let them marvel in their misjudgment all the way out of the hall before taking my next shot.


A warm, breezy walk on the beach, and another day in tropical paradise came to a blissful end.