In the bleak midwinter

It's that time of year.

It's cold and bleak.  The holidays are over, along with our excuse for comfort-eating everything in sight.  School is dragging on.  We're a little stir-crazy and really pasty and the flu's going around.

I too succumbed, not to the flu, but to some nameless yuck that wiped me out and had me lolling in bed much of our first week back to school.  Praise God, our kids are old enough now not only to not demand basic care, but to actually provide it for me when I don't feel good.  It went on long enough that Jeddy made me this: 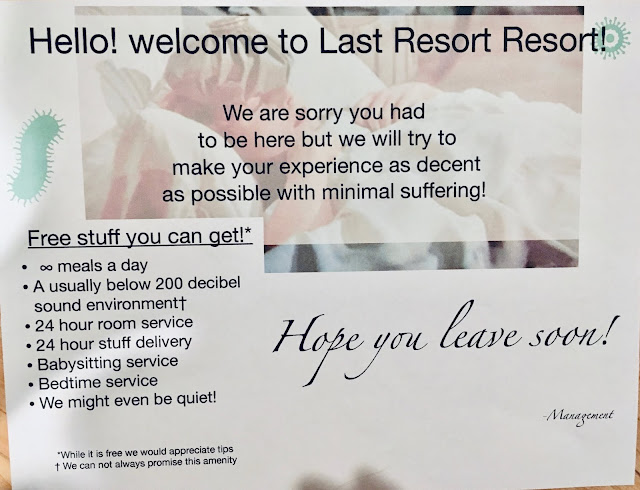 And then, the crowning moment when all the blood, sweat, and tears of bearing children paid off: 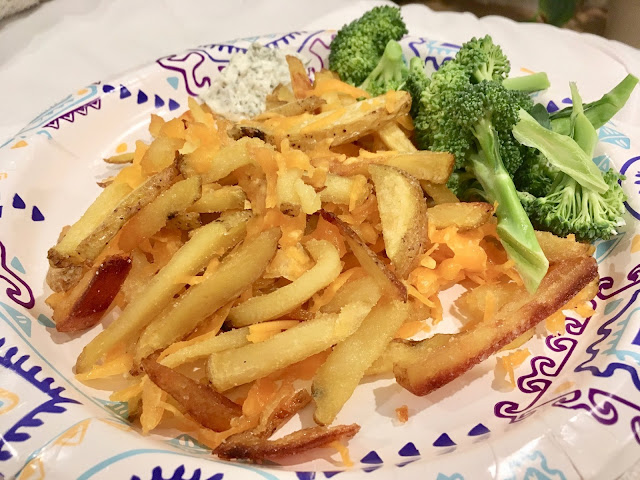 They made [from scratch!] cheesy fries for dinner and brought them to me in bed.  And they were soooo good.  The Last Resort Resort doesn't motivate me to get better soon.


I did, however, get better enough to celebrate Halfway Day 2019: 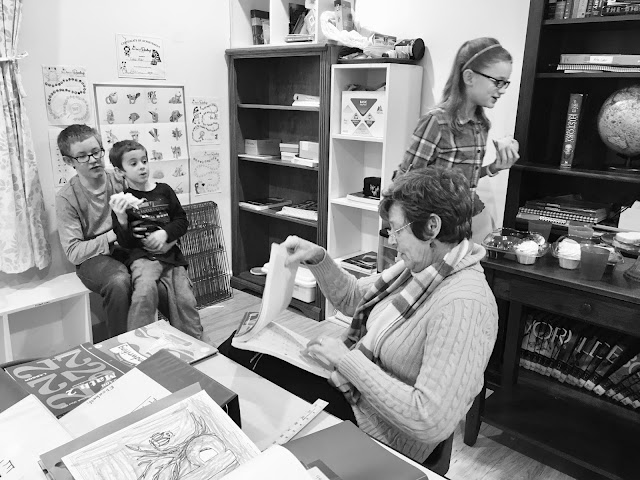 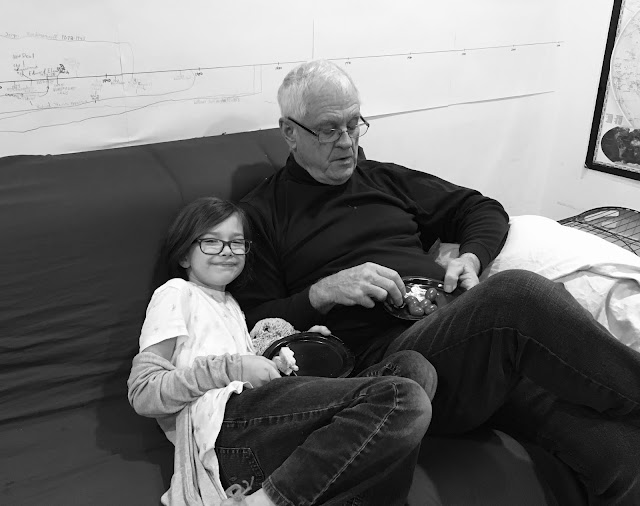 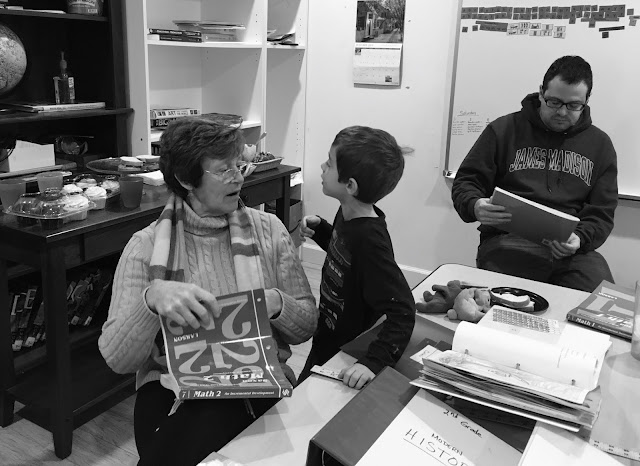 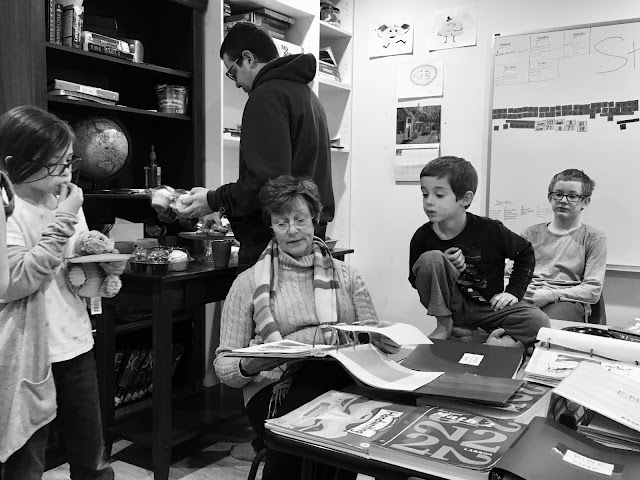 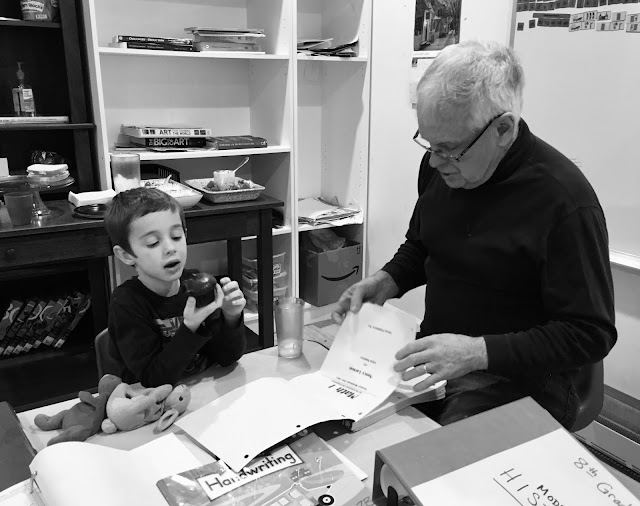 Grandma and Grandpa are always the best for oohs and aahs and mid-year encouragement.  💜


Now, there's a lot to be said for persevering faithfulness in your day job all winter, enjoying the fruits of your growing kids' life skills, and showing off their accomplishments.


But there's also something to be said for throwing routine to the wind and taking a blowout romantic vacation to celebrate your fifteenth anniversary!


When the weather at home is this: 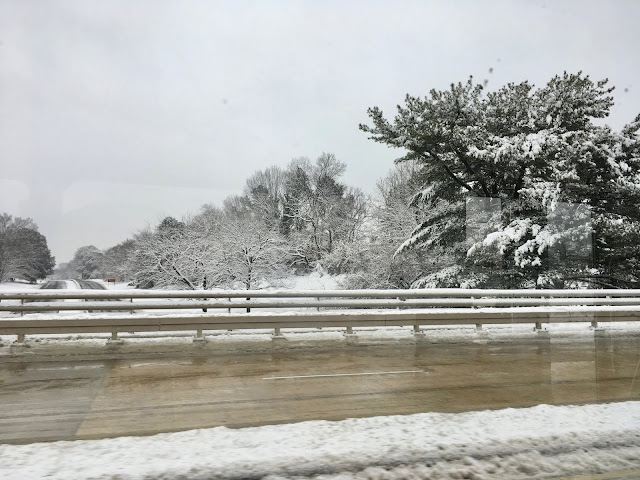 It's time to get on one of these: 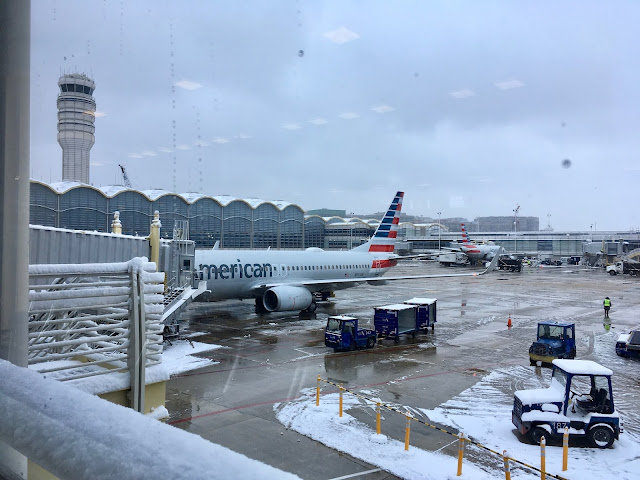 And escape to the Caribbean!!

Our tenth anniversary was marked by little more than a nifty cake (see: toddler in the 4th picture), but we went all-out for this one.


We drove to the airport in light snow, but the getaway had begun the minute Jason started his beach playlist in the car.  We arrived safely and stayed the night in a beautiful hotel, since we had a very early morning flight the next day.  We had left early to beat the worst of the weather, so 4:00 found us opening up happy hour in the hotel bar.  After an appetizer and a couple of drinks, Jason got a text that our flight was cancelled.


Jason figured out how to rebook on a later flight and we went to bed with the consolation prize of sleeping in in the morning.  Once we awoke, we realized we really might want more time to navigate the Miami airport during our layover, so Jason rebooked again on a mid-morning flight and we leapt out of bed to catch a shuttle.


I boarded the plane with my podcasts lined up, my fuzzy blanket, and a Cobb salad purchased at the airport.  After much de-icing, we were on our way out of the snowstorm and headed south.


Approaching Miami was a huge improvement in weather. 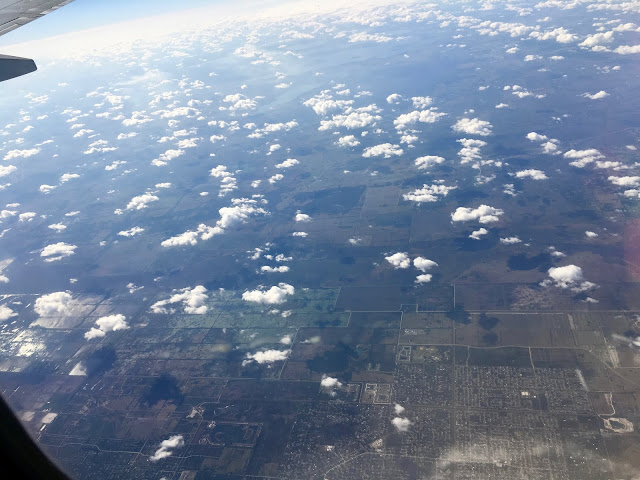 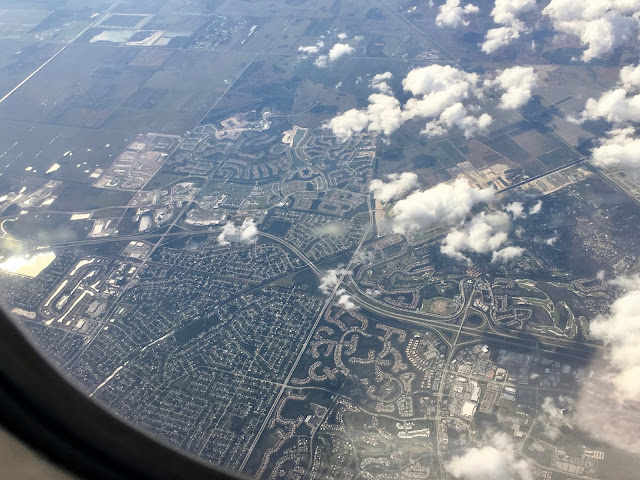 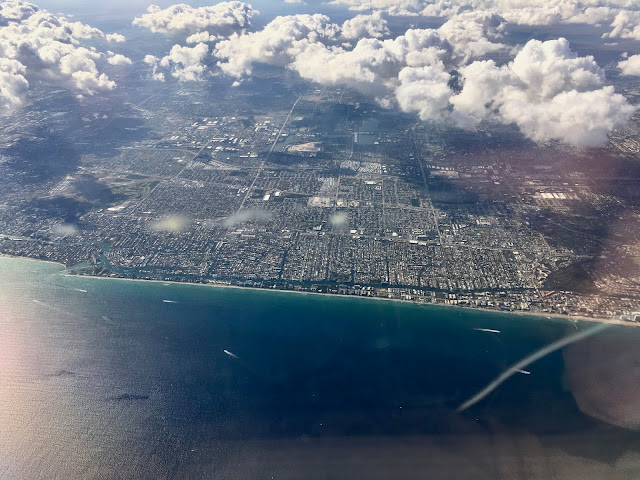 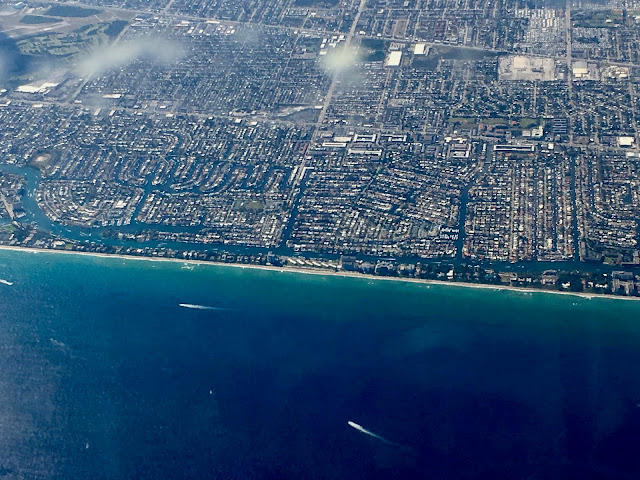 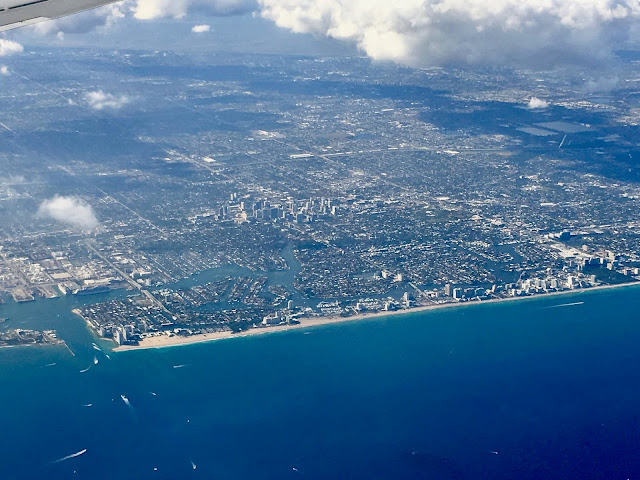 As it turned out, our next gate was practically right next to the one where we arrived, so we had plenty of time to stroll around the airport.  We even sat down in a TGI Fridays and had potato skins and a cocktail.


With such a late flight to St. Lucia, our plane was quite empty, so we had our choice of seats--we upgraded to a row with outlets, which you normally pay extra for, ooh la la.


We took off at sunset. 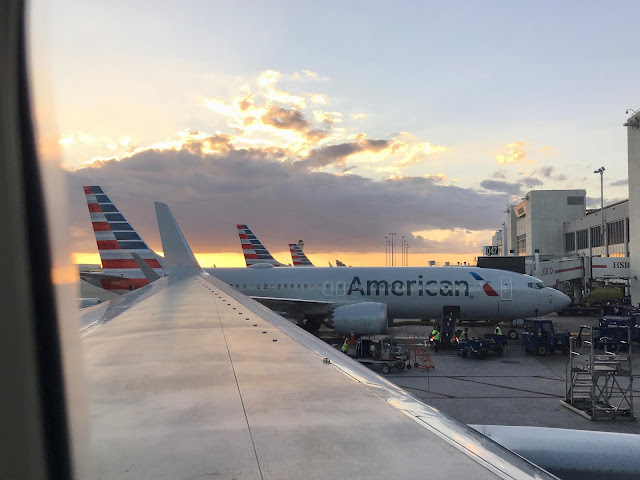 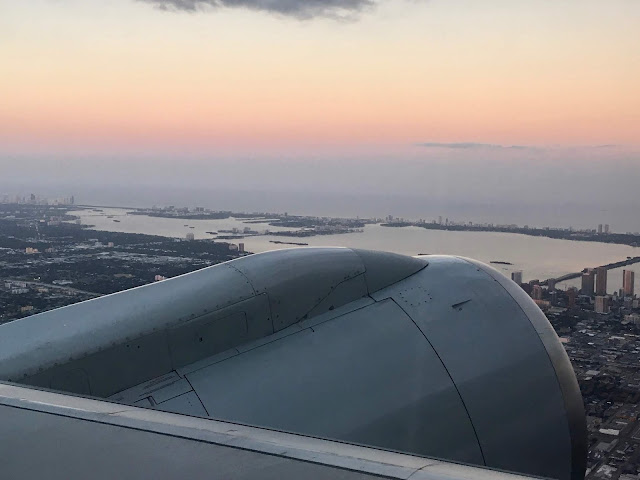 I was fidgety on the flight.  I was tired of podcasts.  I watched a little bit of Smallfoot, which was the in-flight movie, but I mostly craned my neck at the window and tried to identify the various groups of lights down below in the dark that indicated passing Caribbean islands. 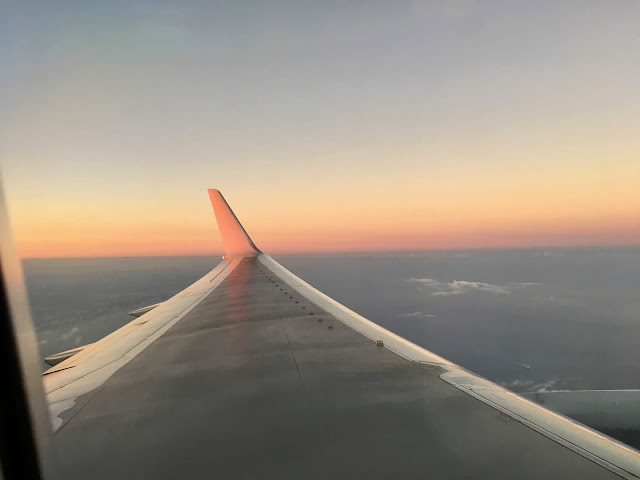 We landed at 9:45, well after dark, unable to see anything of the island we were coming onto.  There was no jetway, so we stepped out of the airplane directly into open air.

The air!  We didn't get over it all week.  It was warm, and gentle, and smelled of the ocean.

After struggling through customs (what do all those questions on the forms mean?) and claiming our baggage, we were escorted to the dedicated Sandals lounge, where I promptly used the bathroom and then laid myself out on a couch, inwardly groaning at the thought that there was still a 2-hour shuttle ride to the resort.

Our shuttle--actually a car--picked us up shortly, and we rode (on the left side!) all the way up the island, and it was absolutely delightful.  The windows were down, the breeze was warm, and what little we could see of the towns we passed was new and fascinating.

We got in to Sandals at 11:30, rather bewildered and rumpled.  We signed something saying who knows what, and they brought us to our home away from home, room 5209.  And before we could do more than exclaim that we were finally there, they had sent up a cheese and fruit platter.  We took it onto the balcony, along with a bottle of wine we found in the mini fridge, and exhaled long and deep, marveling and wondering that we were set up in tropical paradise with an entire week stretched out before us.