What I’ve been reading lately (linking to Modern Mrs. Darcy)....

The Lantern Bearers by Rosemary Sutcliff 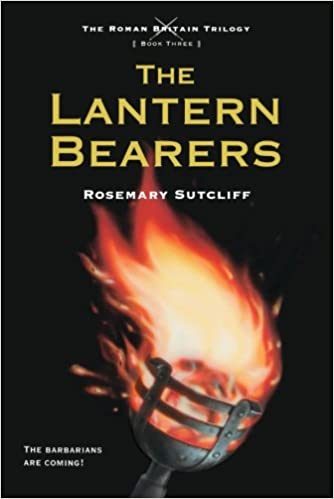 Ada’s first book of the year completes the trilogy that she started at the end of last year (The Eagle of the Ninth and The Silver Branch).  They all take place around and after the time of the fall of the Roman Empire, highlighting the struggle for Britain after Roman legions departed.

I liked The Silver Branch the best out of the three.  They hardly relate to each other so you don’t really need to read them all to follow the story.  In fact, we did read them all and still struggled to follow the story.  The Lantern Bearers follows the story of a Roman soldier who’s also a British Celt, enemies with the Saxons, who are also called Sea Wolves, but they’re also mad at another Celtish clan that aligned with the Saxons, so they’re called Foxes, and they are led by a guy whose name sounds a lot like Voldemort and his sons with names that also sound very similar to Voldemort, and they’re all Celts, except the Saxons, who are also British like the Celts, and not Romans, like the Roman-Celtish main character, but they’re all in different Celtish tribes who occasionally band together but other times split apart and fight.  Oh, and the main character’s father and son are both named Flavian, and his sister is named Flavia.

Follow?  Yeah, I didn’t really either.  I’m good to leave this series behind for a while. 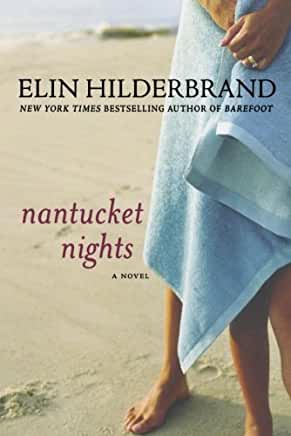 Jo and I both read this at the beach as a sort of mini-book club, since she found it on one of the house’s shelves and we both dabble with Elin Hilderbrand.  It was quick and truly fluffy, as a beach read is, and slightly ridiculous and a bit scandalous.  We agreed that we didn’t particularly love it, but it was fun to compare notes and complain about what plot points and characters we didn’t like.

Arthur of Albion by John Matthews 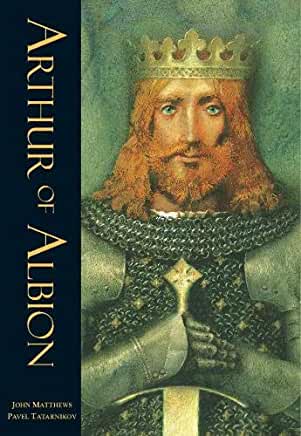 I may have complained about King Arthur before (like here and here), so it would be unnecessary to point out again here that in my humble opinion, King Arthur and his knights act like childish brats who are overcompensating for something when they go around accepting every challenge to see who can whack whose head off first.  But at least this version has lovely illustrations.  And Ada appreciated the book, probably because she had just read The Lantern Bearers.  Geez, I really gotta make my kids read better books.  [But in my defense, one does need to be acquainted with King Arthur if you’re going to be an informed Western citizen.] 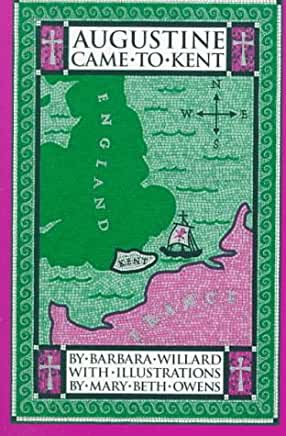 Dear 1963, could you have made an uglier cover?  Well, yes, I’m sure you could’ve.  Because, see below.  Maybe only green and pink had been invented by then.

Snark aside, the actual story here isn’t so bad.  I’m reading this one aloud to Lizzy and Caleb and I haven’t gotten terribly far along yet, but the story is compelling enough that it seems like it could’ve had a more interesting cover.

Fun fact: there were two Saint Augustines.  The one that generally springs to mind is the one who wrote Confessions and City of God.  That wasn’t this guy.  This is another Augustine, who reintroduced Christianity to Britain after Rome fell and pagans took it back over.

Otto of the Silver Hand by Howard Pyle 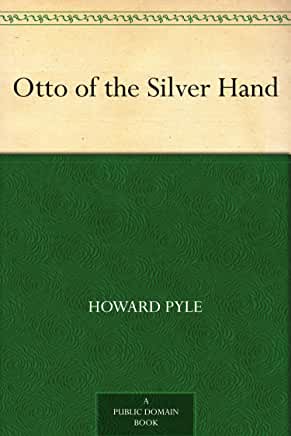 This internet-search picture of the book cannot do justice to the true ugliness of the copy we have.  And what really makes me cringe is the typos in the text itself!  I suppose I can’t shouldn’t complain, seeing as it was free.

I’ve read this story before for school, and it’s a bit sad and rather macabre, but it does give a picture of the feudal system during the Dark Ages, which is what we’re going for.  And if was as cheery as a birthday party I guess it’d be historically inaccurate.  Putting two and two together, I guess it’s characters like the ones in this book who looked up to guys like King Arthur as their hero.  And that basically sums up the European Dark Ages.

Did you read anything more fun this month?