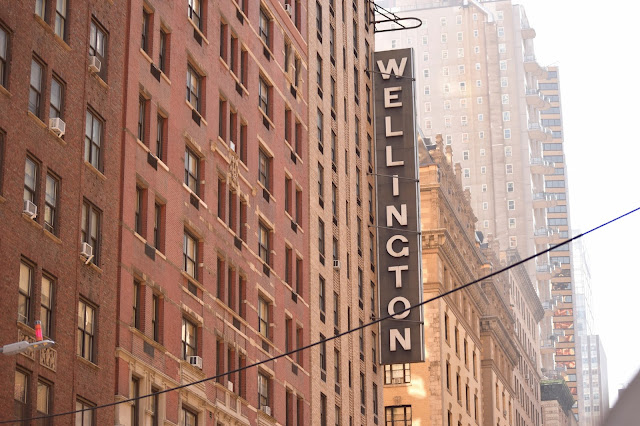 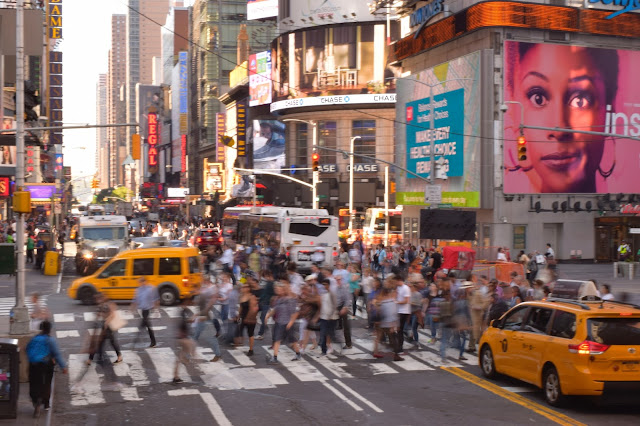 I want to be a part of it
New York, New York 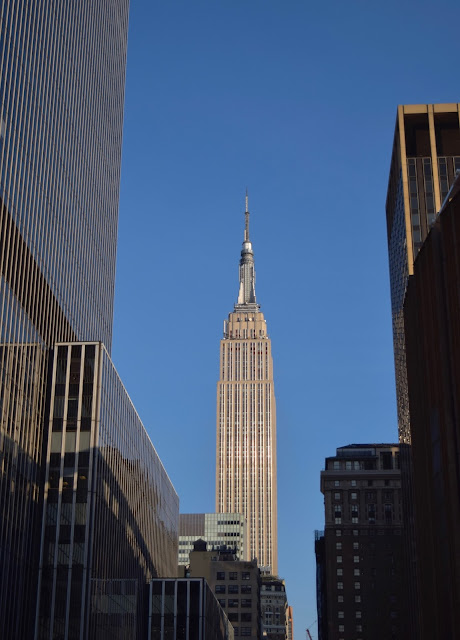 If I can make it there
I'll make it anywhere 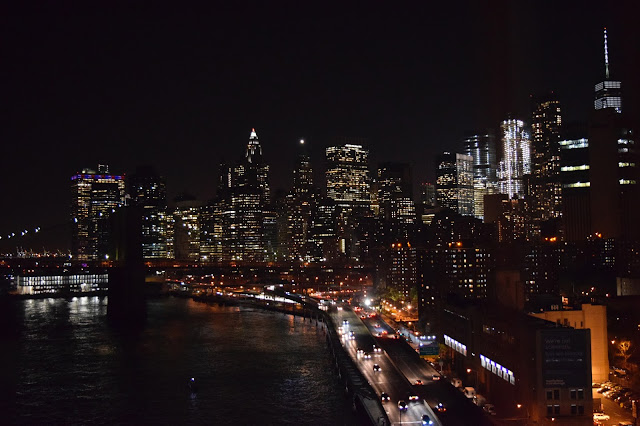 It's up to you 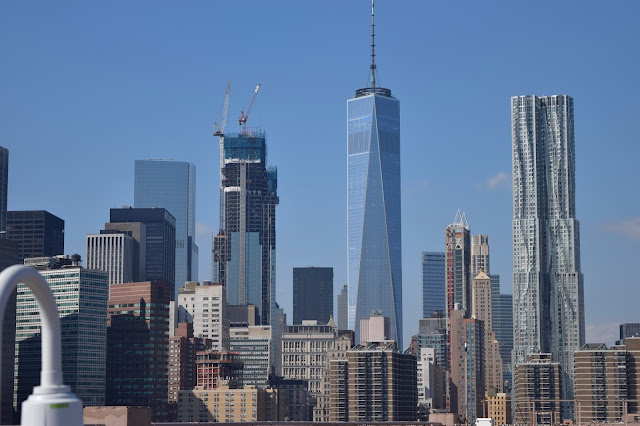 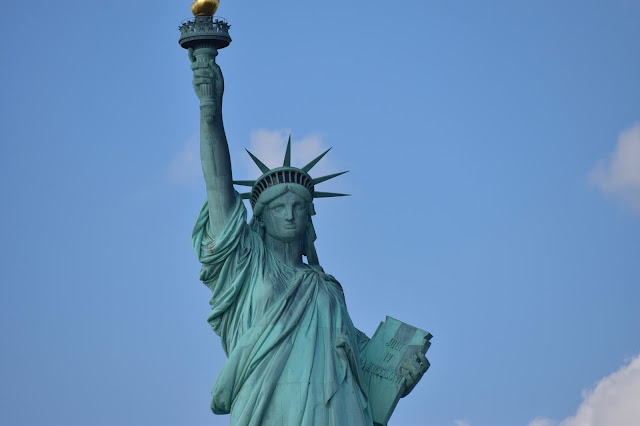 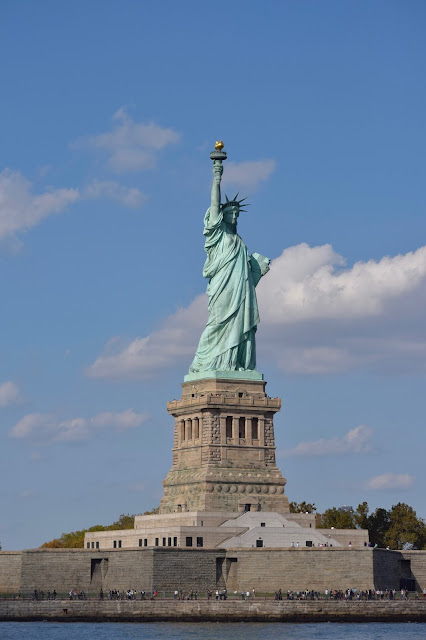 We went to New York!

Or as Caleb tells it to anyone who will listen, "We went to Nana's house, and they went to a big city, and they brought us treats!"

We packed the kids off with Nana last Sunday, and on Monday we drove to a charming little town in Pennsylvania where we could park all week for free and catch a train into Manhattan. 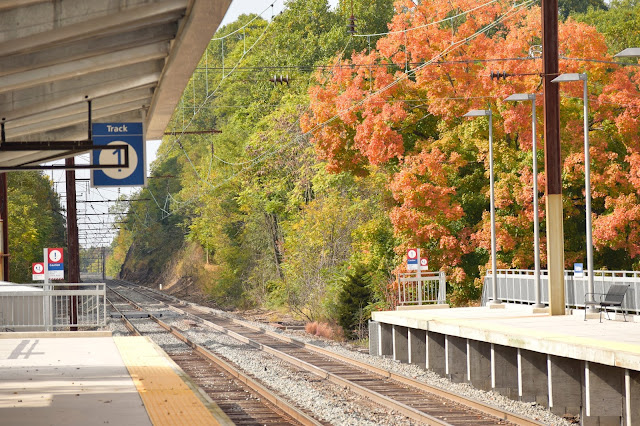 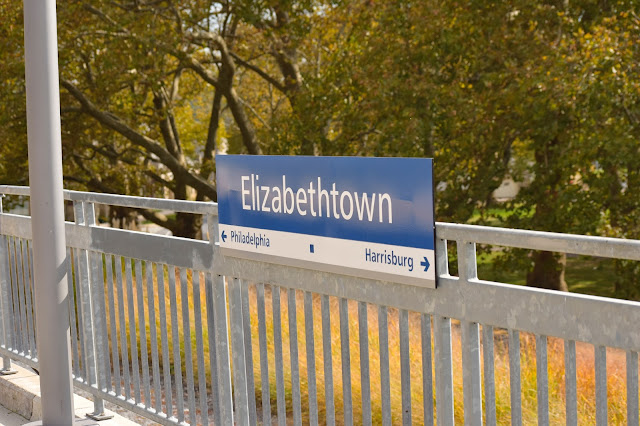 We arrived in Penn Station at rush hour and had our first experience on the subway.


Be prepared to be a sardine if you ride the NY subway at rush hour.  I'm not sure exactly which hours constitute rush hour there, but the subway operates 24 hours a day, every day, so there are a few other times to choose from.


We got off at Lincoln Center with hardly time to take in our environment since it was late and we had a dinner reservation.


We made a beeline for the Empire Hotel and I gasped at the lobby while Jason checked us in.  I'm not sure how he found such a deal that we could stay in such a place.


There was no charge (that I know of) to sit on the sumptuous lobby couches or gaze at the two-story draperies, but we did find plenty of things in our room for which we could pay extra if we chose--ranging from chips and beer to a fridge packed with liquor and mixers to wine to an $85 champagne bottle.  Even the coffeemaker had a charge--$3 for each cup of coffee (Jason: "I know Keurig cups are 45 cents!").


We had a view off to the side and waaay down below of the street.  The space premium was evident in our very small bathroom, which lacked a shower door, presumably to save space.  The room was very cozy and made up beautifully crisp for us every day.


Dinner was a fantastic introduction to NY fare.  The staff was pleasant; the herb-crusted cod and polenta was delicious.

After dinner we were finally at leisure to explore the block our hotel was on--across the street from the Lincoln Center, with this first-class fountain. 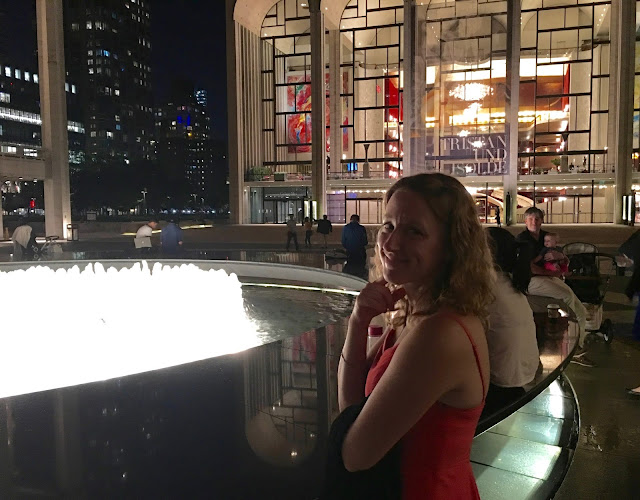 In the background is the Metropolitan Opera, with its blazing Swarovski crystal chandeliers--which are way bigger in real life than they look here.  In front of me across the fountain is the home of the New York City Ballet.

We finished the evening on the roof of our hotel--enjoying the bar, lounge, and view. 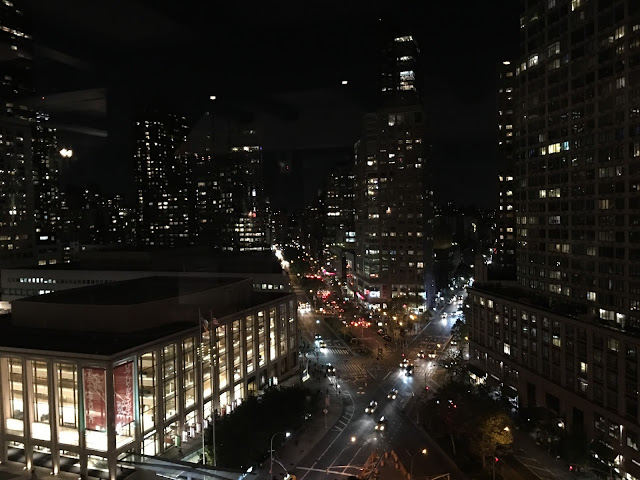 That large short building is the New York Philharmonic...right next to the Met Opera.  Behind it is Juilliard.

Pretty awesome first night in the city for this country mouse.