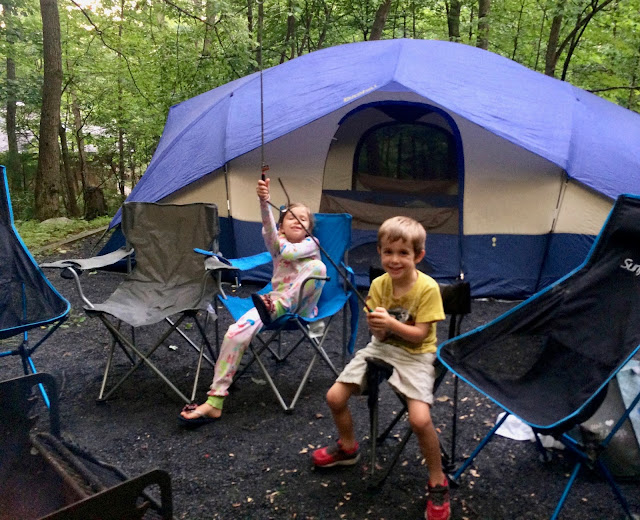 You gotta admit, Jim Gaffigan has got a point or nine.

I'm surprised we can still get people to camp.  "Hey, wanna burn a couple of vacation days sleeping on the ground outside?...You'll wake up freezing covered in a rash!"  All right, I'll go.

...You know who's a happy camper?  The guy leaving the campsite.  He's the happiest camper.  He gets to take a shower.

... It's not just serial killers; there's bears out there...Why are we even camping where there's wild animals?  That wouldn't be a selling point for anything else.  "Oh, it's a beautiful golf course.  Plus, around the ninth hole there's a pack of wolves!" 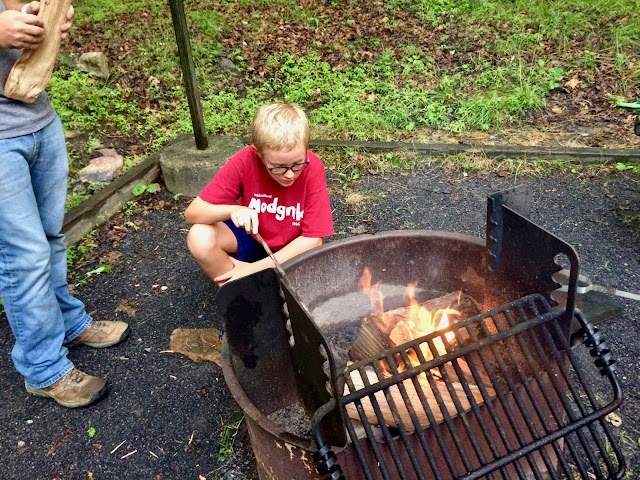 That doesn't even address my other fears of ticks, burns, and children eating things they found on the ground. 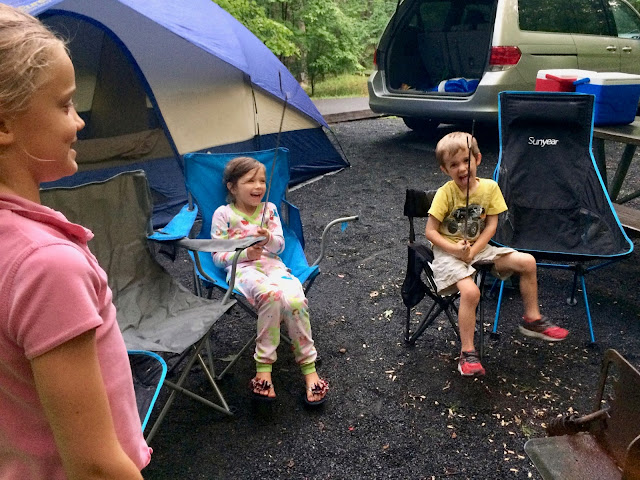 It's not that I dislike camping.  I have no problem skipping a shower or two, getting twigs in my hair, unplugging, etc.


It's more the magnifying effect it has on my maternal anxieties. Some months ago our pastor preached on Philippians 4:6:  "Be anxious for nothing, but in everything by prayer..."  In the sermon, he named three "species of anxiety":


(1) An honorable burden to be carried, as Paul's anxiety for the infant churches, or a mother's anxiety to keep her children unpoisoned;


(2) A medical condition for which to seek proper treatment (been there, doing that); and 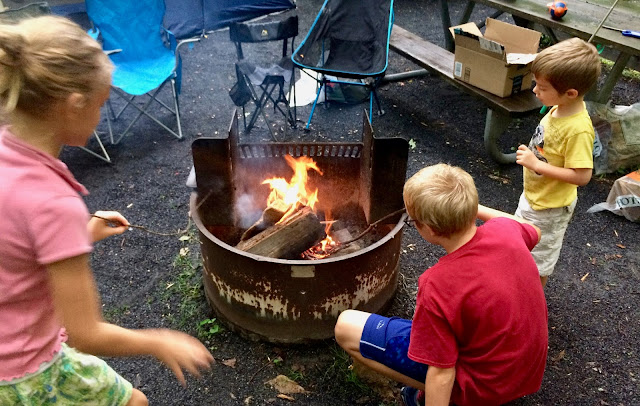 Which species of anxiety does camping trigger in me?


The same number as the insect and arachnid species that commune with us while we eat our camp breakfast. 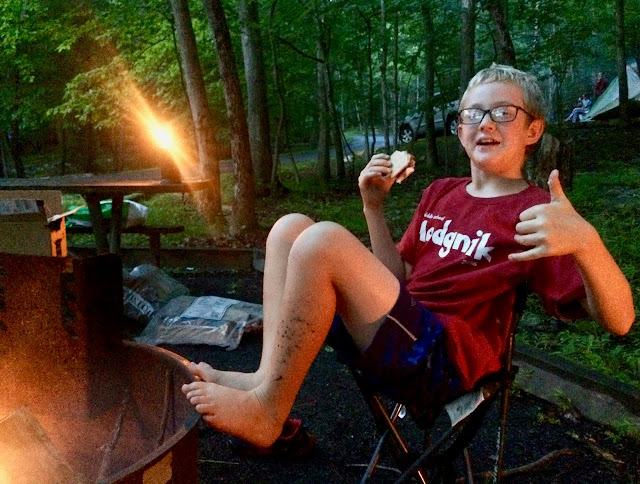