What I Learned this fall

Today I'm linking up with Emily P. Freeman for her quarterly "What We Learned" feature. 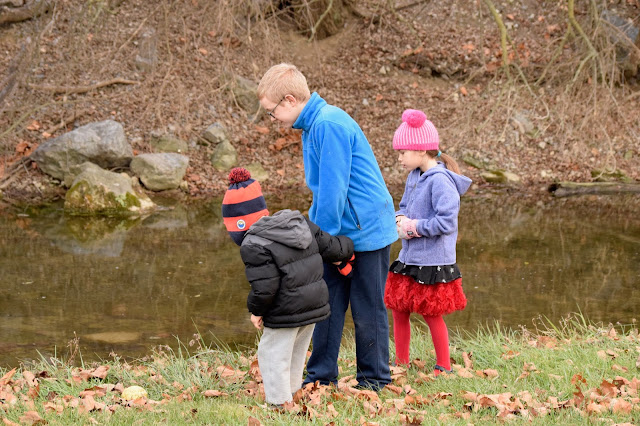 
Borax and alum powder look nearly identical and are both odorless.  But choosing wrongly would mean our science experiment wouldn't work.  What's a committed homeschooling mama to do?


First google whether they're poisonous, then taste them, of course.


Since alum powder is used in pickling, and borax is a pesticide, I reasonably deduced that borax would taste worse.


They actually both taste monstrously horrible.


And ironically, after the science experiment failed, we repeated it with the other mystery powder and learned that my very reasonable deduction re: taste was wrong. 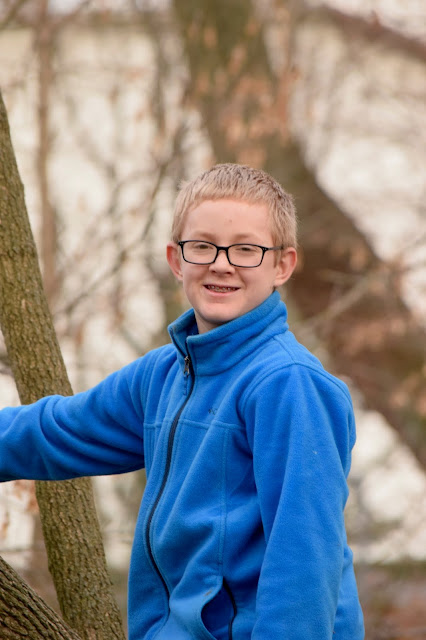 2.  You can't die from improperly canned apples or tomatoes.


Do you ever get those brochures stuck in with the junk mail from your local city or county rec department, listing all the rec sports/enrichment classes/bus tours to Washington D.C. you can take?


I've ignored them for years, but noticed in the last one that they were offering a one-time, 2-hour class on canning for $25.  I was still 85% ignoring it, but mentioned it off-hand to Jason.


Me:  "The county is offering a class on canning--"


This response of his may have something to do with the eensy bit of mold we discovered in a few of my unprofessionally-canned applesauce jars (which also led to Caleb asking every time we got out applesauce, "Is there poison in it?").


Anyway, I took the class.


I was the kid sitting in the front row, taking prodigious notes and asking all the questions.  And I came home with the triumphant announcement that neither botulism nor salmonella grow in apple or tomato products.  You may get mold in jars of these, but even if you eat the mold directly you won't get seriously ill.


As a side note, I was inspired enough to buy a pressure canner after the class.  I've used it once, to can broth.  Jury is still out on whether I'll become a regular canner--or start canning applesauce the USDA-approved way. 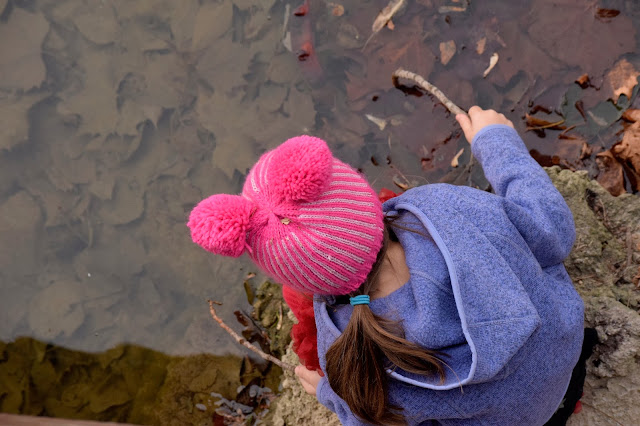 
When one takes a frozen turkey out of the deep freeze, it is rock hard.  Typically one's fingers are also freezing from touching it, so one sets it as quickly as possible on the bottom shelf of the refrigerator.


Sometimes, two days later, one starts to notice red juice all over the bottom of the vegetable and fruit crispers, and thinks, gee, those beets in there are really bleeding all over.


It's not the beets. 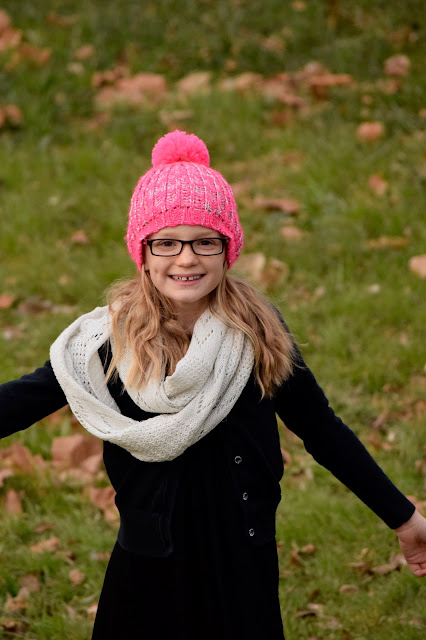 Then, sometimes, certain people don't catch on that the raw poultry is spreading disease and mayhem all over the fridge, and continue to calmly wash off their apples before eating them and feeding them to their immunilogically-vulnerable children.


Then, days later, one may finally realize, suddenly, that it's not the beets!


After which the entire refrigerator suddenly becomes more polished and sterile than it has been since one moved in two years ago. 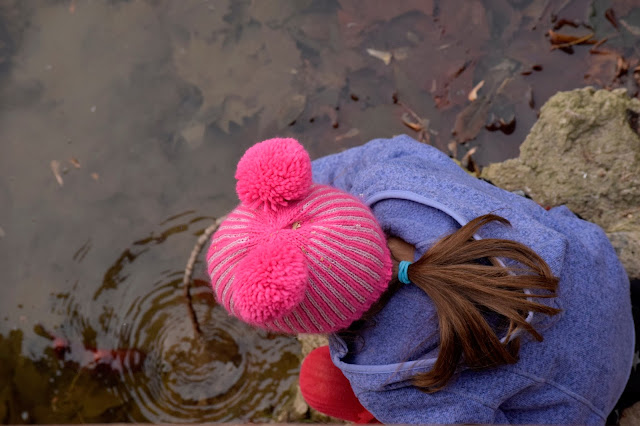 
We all have different strengths and weaknesses.


Some people are vivacious and hilarious and light up a room and make everyone laugh.

I'm not that guy.


So the institution around here of a weekly "Family Fun Night" has been a trial.


The idea was that every Friday night we would do something fun together.


The reality was that I was rushing to get my Friday tasks done before FFN started, and then I was trying to "have fun" and fix dinner at the same time; one or more children ended up crying because their idea of fun was not everyone else's idea of fun; and there was a disconcerting interruption in the middle of whatever we were doing so we could sit down and eat.


Also I may have been guilty on occasion of blaspheming Family Fun Night under my breath.


After weeks, nay, months of wondering if Jason would ever give up on FFN, lo, our FFN guardian angel intervened and we were struck with inspiration.


We would serve party food, rather than a "real" meal:  ie, delivered pizza or an assortment of mini quiches and cheese and crackers and such; and we would eat it while playing.


We may not agree on our favorite game to play, but everyone likes to eat!  I was incredulous at how this turned everything around.  I kept saying, "This feels like it's really fun!"


I was so delighted, even I joined in the FFN chant, à la "YMCA." 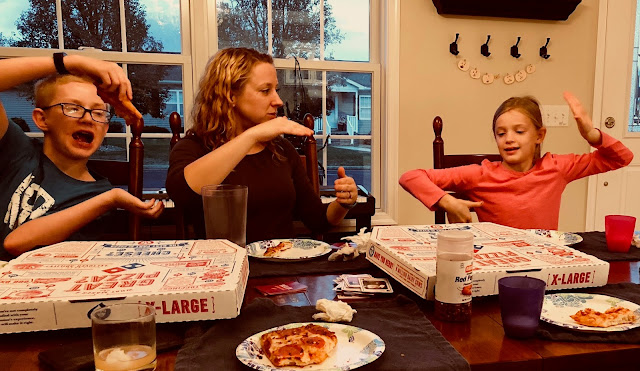 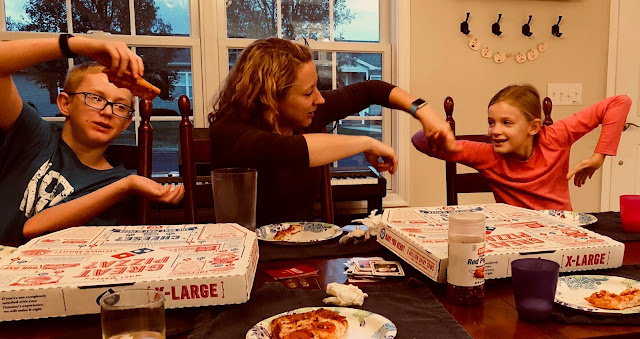 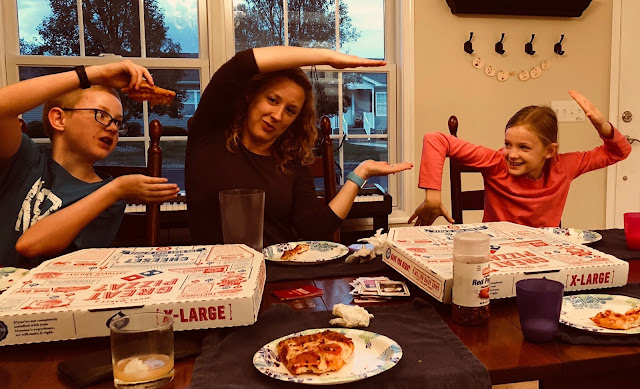 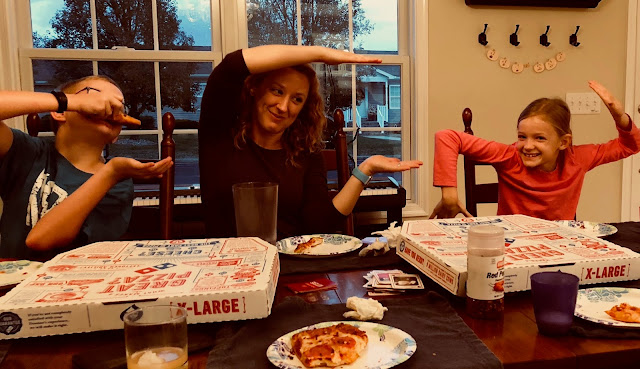 
Well, if that doesn't give me something new to think about.


I've known all along that homeschooling and homeschooling high school are two different beasts.  Seeing that Jeddy is currently in 7th grade, I thought these kinds of options were still a year and a half away.


6.  You really need to spray the pan when you make shredded potatoes.


Homemaking win:  I'll throw some extra shredded potatoes in the oven while I'm making dinner, so we can have a big pan of hash browns for breakfast!  Yeah for thinking ahead! 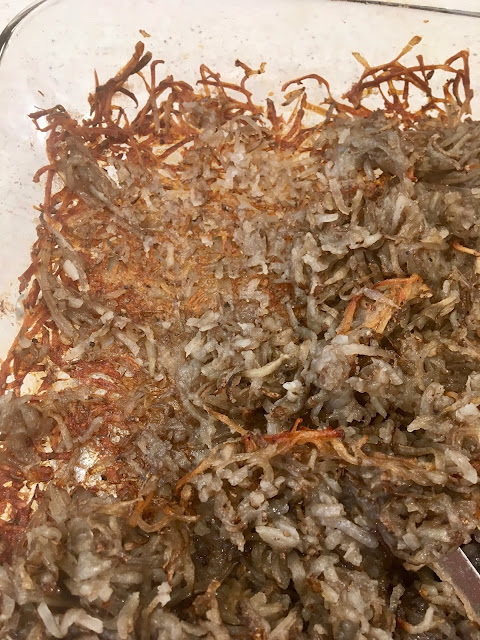 
This one surprised me.  As part of the Children's Ministry team at church, I am aware of the teeth-pulling that is volunteer recruiting.


In other words, the stumbling block is church membership, not children's ministry.


Useful personal applications of this piece of information are limited, but I may adjust the wording of my prayers for volunteers.


It never feels like a good time to get sick.


I woke up sick on Saturday after Thanksgiving and thought, "But I need to go to the grocery store, and I need to order Christmas cards, and go visit sweet baby Wyatt again..." as I crawled back into bed.


I ended up spending most of Saturday through Tuesday lying in bed, and when I felt up to it by Monday, I figured I might as well knock out some Christmas shopping as I laid there otherwise useless.


I ended up a convert to Black Friday weekend shopping [online only, that is].


How places stay in business when they offer 70% off the entire site with free shipping, I have no idea.  But I like it. 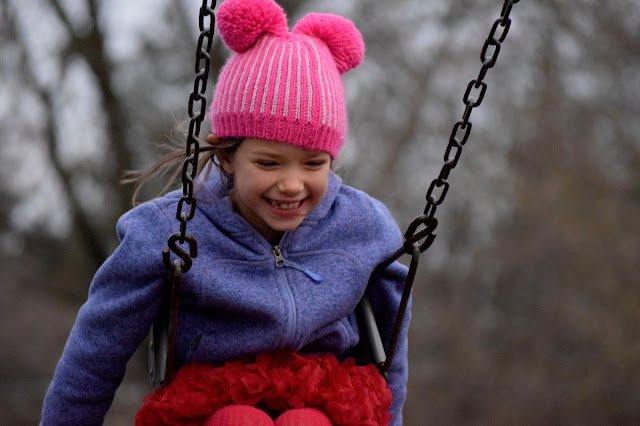 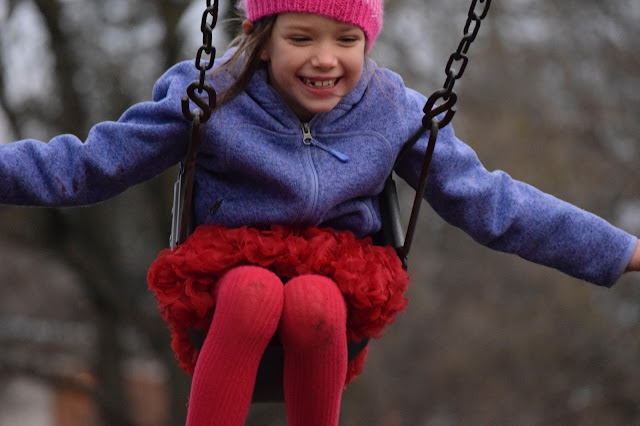 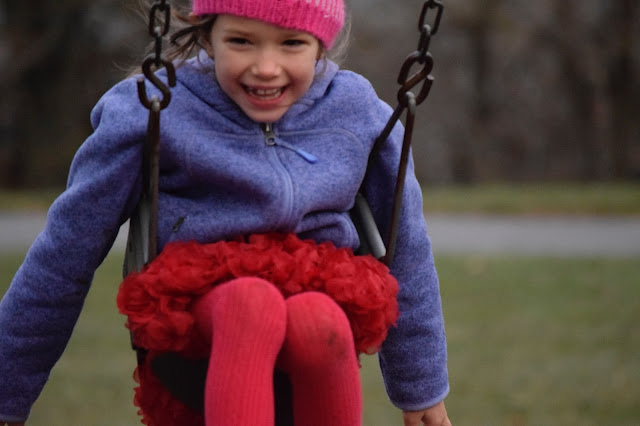