Linking up with the admirable Modern Mrs. Darcy to share what we've been reading lately...


I read this last month--and incidentally, so did Jason, who honored me by quoting Proverbs 31:10-11:


An excellent wife, who can find?
For her worth is far above jewels.
The heart of her husband trusts in her,
And he will have no lack of gain.

One More Thing by B. J. Novak 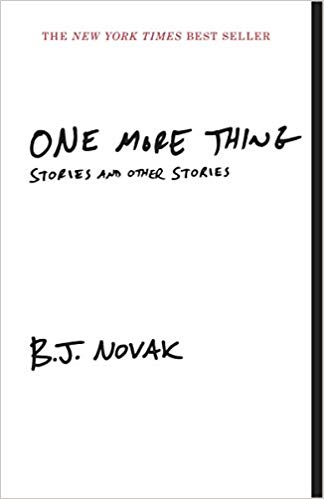 I thought I'd encourage myself to up my step count by downloading some audio books--and also chose this for us to listen to on the way to Gatlinburg in January.  I was drawn in by having read Novak's highly amusing The Book with No Pictures, and the hyperbolic editorial description of this collection.  (Yes, and the fact that he wrote for The Office.)

All that to say, I gave up on this after several short stories.  The very first one amused Jason and me both, but after that it was significantly less funny and I got tired of the frequent F-bombs. 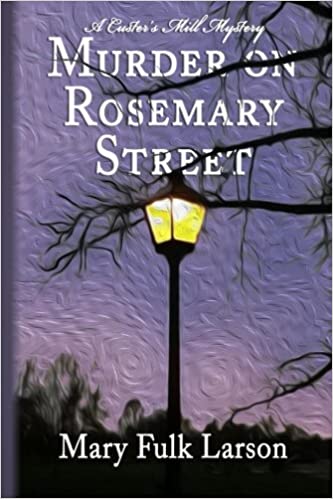 This was a short, easy murder lite.  I was a little "meh" until the final exciting scene, which did perk it up a good bit.  Not high literature, but a fun read nonetheless.

I read this through on my own, but we also studied part of chapter 2 in Bible study, about honoring authority:  "Submit yourselves for the Lord's sake to every human institution, whether to a king as the one in authority, or to governors as sent by him."  Ouch, that was a convicting evening. 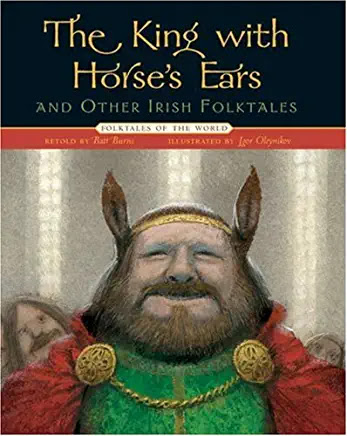 Very apropos to read Irish folktales this week of St. Patrick's Day, no?  Well, be warned:  the Irish are weird.  Or at least their folktales are.  I read several of these stories to Lizzy and Caleb for school.  They feature heavily on murderous kings and creepy black fairies that kidnap your babies.  So much for luck o' the Irish.

I haven't finished yet (this read-through), because I've been sidetracked by...

The Gospel-Centered Life by Robert H. Thune and Will Walker 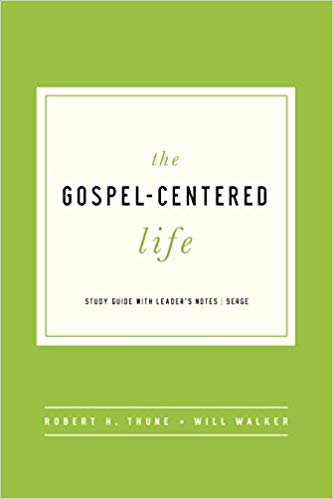 I've mentioned before that Jason and I are teaching a Sunday school class that meets on the first, third, and fifth Sundays.  I work in the infant nursery on second Sundays, which leaves me exactly one Sunday a month to attend an adult Sunday school class myself.

The class I chose to attend this semester was on The Gospel-Centered Life.  Because of holidays, illness, out-of-towniness, and whatever else, I managed to attend exactly 2 of the classes.  And both of them were so good.

The first one was about "shrinking the cross"; ie, what happens when our understanding of God's holiness grows, and our awareness of our sinfulness deepens, but our belief that the cross is enough to bridge that gap is lacking.  That's when we get into either performing, pretending, or incredible anxiety. 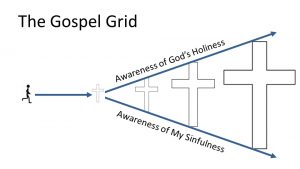 The other class I attended was the very last one of the course, about "conflict."  It talked about how we tend to either attack or withdraw when conflict presents (I prefer withdrawal), but neither one is biblical.  A biblical response to conflict is to move toward it with a hope of restoration.  That was deeply convicting.

So, since the class was two for two, I decided to get the book and finish the material on my own.  I'm up to chapter 5 and it's very good stuff.

The Lion, the Witch, and the Wardrobe by C. S. Lewis

Caleb asked to reread this series at bedtime and I was only too happy to comply.  It's a blessed shift from reading aloud from The Guinness Book of World Records.  *shudders*

It's fun to see how much Caleb remembers from our original reading a year or so ago.  I know he's listening carefully because of how often he interrupts to say, "What does that mean?"  Points for expanding vocabulary.

What have you been reading lately?